New City Question 5: What Else Did God Make?

For centuries Christians gave themselves to the practice of learning the doctrines of the Christian faith by way of a catechism.  Catechesis simply means to teach orally or instruct by word of mouth.  This is a practice that is sorely missed in our day and I think we would benefit tremendously by taking it up again, and so I want to do my part to promote the practice of catechesis.

Question 5: What else did God create?

Answer 5: God created all things by his powerful Word, and all his creation was very good; everything flourished under his loving rule.

In Colossians 1:16, referring to Christ who is God - the eternal Son - listen to the exhaustive language to describe God’s work in creation: “For by him all things were created, in heaven and on earth, visible and invisible, whether thrones or dominions or rulers or authorities - all things were created through him and for him.”

Let’s think about these words just a little bit. All things in the earth - from the massive Himalaya Mountains with its towering Mount Everest to the smallest subatomic particles you cannot see with the naked eye. Living and nonliving things. Everything on planet earth. But also everything in the heavens or beyond the earth. Think about the vastness of the universe. It’s staggering. Planet earth belongs in the Milky Way Galaxy.  The Milky Way is 100,000 light years in length and has between 100-400 billion stars. And the Milky Way is a tiny galaxy compared to others. And there are billions of galaxies. God made it all by his all powerful word.  The opening words of the bible are, “In the beginning God created the heavens and the earth…” and each day’s work in creation begins with the words, “and God said…” Amazing!

Our answer also instructs us that it was all good. God was happy with his work. Of course we know that sin entered the world and death and the curse through sin. We look around, we may come to the conclusion that it’s not good. But we understand that because sin has entered the world, death, decay, and futility all entered God’s good creation. But creation itself was good. Very good, in fact. And this is made explicitly clear over and over again when after each day in the creation account, God looks at what he made and the biblical text says that he saw that it was good. And though all of creation has been marred by sin, God will renew all things (Revelation 21:5).

This leads to our bible passage to go with question and answer 5.

Genesis 1:31 - And God saw everything that he made, and behold, it was very good… 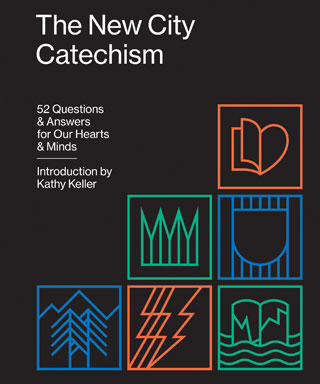