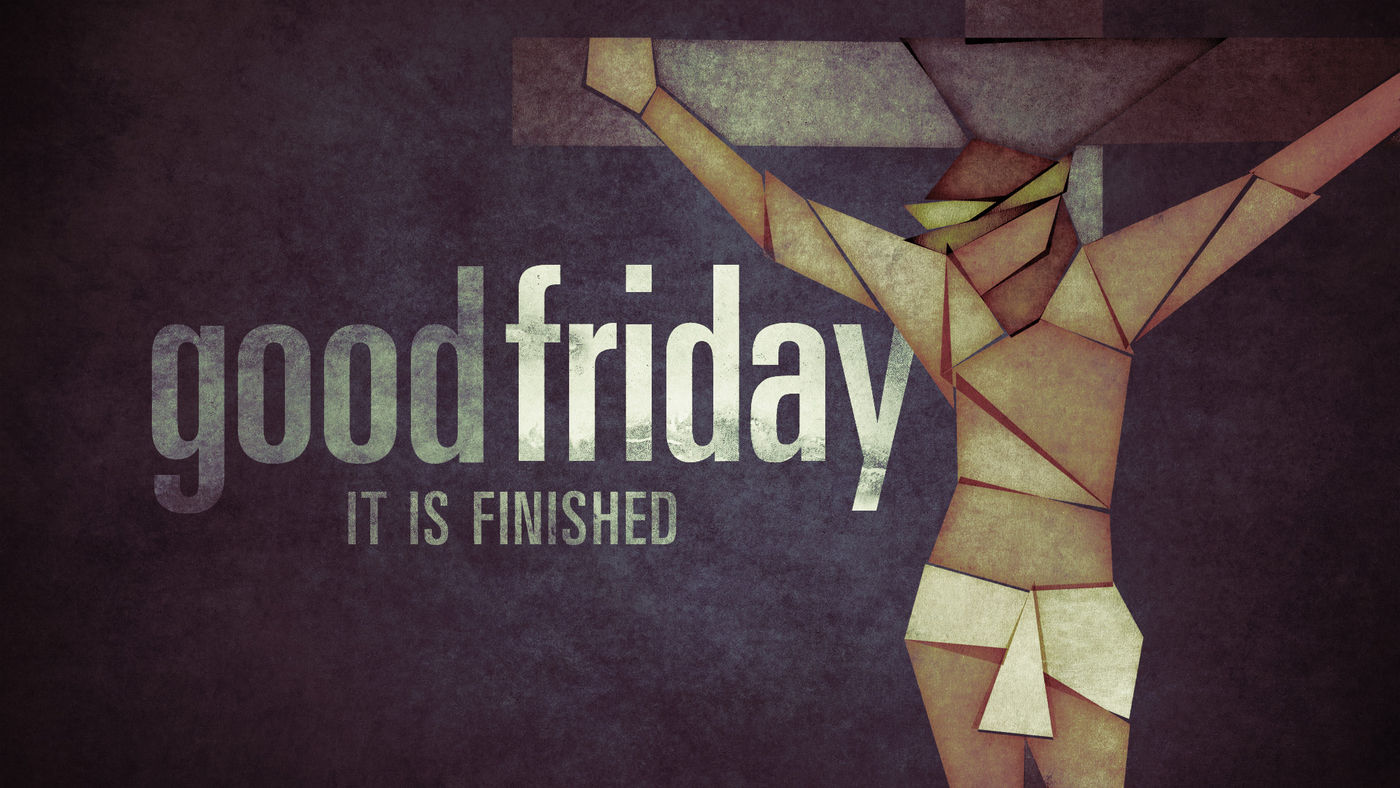 What led to the cross?  Well, sin and injustice through and through. We could recount the betrayal of Judas and the denial of Peter. However, let's look just at Pilate, the Jewish people, and the Romans soldiers. First, Pontus Pilate. Pilate knew that Jesus was an innocent man. He said, "I find no guilt in this man," and "I have found in him no guilt deserving of death." So what changed? Well, the pressure of the people was heavy and Pilate caved under it. The Jewish people were demanding that Jesus be crucified and Pilate tried several times to placate them, but to no avail. So this spineless politician gave in and gave up Jesus to their demands.

Then there was also the Jewish people who conspired against Jesus, lied about him, and lobbied to have him put to death. They knew that the law said that a man who is hanged on a tree is cursed by God (Deuteronomy 21:23). They were so desperate to have Christ put away that they even demanded that a real and terrible criminal named Barabbas be released instead Jesus. Jesus, the only truly innocent man who ever lived took the place of a murderer.

Finally, there are the Roman soldiers. They took Jesus and scourged him which was a brutal form of punishment. They stripped Jesus of his clothes, put a purple robe on him, and a crown of thorns on his head in order to mock him, saying "Hail King of the Jews". They beat him with a reed and spit on him. Then they led him to the cross.

What makes the cross particularly terrible?  The cross was a horrific way for someone to be executed. The Romans experimented with forms of execution and were pros at it.  Death by crucifixion was the worst. And this is how Christ was put to death. He would have nails put through his wrists and feet and hung in the most uncomfortable position.  This would ensure that the death was slow and tortuous.  The physical pain was excruciating, but that was not all. Being crucified was humiliating. Our Savior, Jesus Christ hung on a cross nearly naked before a crowd that jeered and mocked him. The worst kind of criminal was crucified and the Son of God himself was taken by force and hung on a cross.

But this is only part of the story. At this point, all we see are the human actions involved in Jesus being put to death. But Acts 4:27-28 gives us a fuller explanation of what is happening on the day of Christ's denial, betrayal, and crucifixion:

... for truly in this city there were gathered together against your holy servant Jesus, whom you anointed, both Herod and Pontius Pilate, along with the Gentiles and the people of Israel, to do whatever your hand and your plan had predestined to take place.

This was part of God's sovereign plan for our salvation.  What Herod, Pilate, the Romans soldiers, the Jewish people, and Judas did was sinful and terrible AND it was also part of God's predetermined plan. It was God's plan that his Son be treated unjustly, be mistreated, beaten, rejected, betrayed, and crucified. Think about it for a minute. Could you imagine God NOT planning and predestining something of such importance as the cross of Christ? Would he leave our salvation up to mere chance or hope that things worked out the way he wanted to me? Of course not! So what the Devil, Judas, Herod, Pilate, the Romans soldiers, and the Jewish people meant for evil, God meant for good (Genesis 50:20).

Moreover, the form of execution was just as God planned. The Old Testament pronounces woe and curse on anyone who is hanged on a tree, but in Galatians 3:13 Paul says,

"Christ redeemed us from the curse of the law by becoming a curse for us - for it is written, 'Cursed is everyone who is hanged on a tree.'"

The Old Testament was right, but Jesus became a curse for us in order to free us from the curse of the law.

Finally, on the cross, when Jesus uttered the words, "My God, my God, why have you forsaken me..." He really was forsaken by God. The night before his death, Jesus was in the garden of Gethsemane agonizing to the point of sweating drops of blood over what would take place on the cross. He said, "Father, if you are willing, remove this cup from me. Nevertheless, not my will, but yours, be done." What was the cup? It was the wrath of God against sin. It was a cup of "forsakenness" given to Christ. But he was forsaken FOR US. Therefore, on the cross Jesus was bearing the full wait of the wrath of God in our place as our substitute for our sins.

And so the triumphant words of Jesus, "It is finished!" mean to world to Christians because his work on the cross was complete; He had fully paid the penalty for our sins.

Death and the curse were in our cup
O Christ, 'twas full for Thee
But Thou hast drained the last dark drop
Tis empty now for me
That bitter cup, love drank it up
Now blessings drought for me

This Good Friday, celebrate our Sovereign, gracious God who planned in eternity past to send his Son who would be betrayed, rejected, abused, and crucified as our Substitute.  All of this, so we could be free and forgiven children of God forever!

A Life of Faith

Is God Doing Anything Good in Your Pain?

You Need to Know the Holy Spirit - Part 1

The Dawning of Eternal Hope - An Advent Poem

Hope! God Is The Ruler Yet

A Prayer of Dedication For New Building

A House of Prayer

His Name Shall Be Called Prince of Peace

God's Final Category For You

Marriage According to the Bible

Set Up Your Sail

He is Greater, Our Treasure

Touching the Perfect One

Make Room For Joy This Christmas

A Halloween That Changed the World

A Now Word From God

What's So Good About Good Friday?

Those Forgiven Much, Love Much

The God Who Works For Us